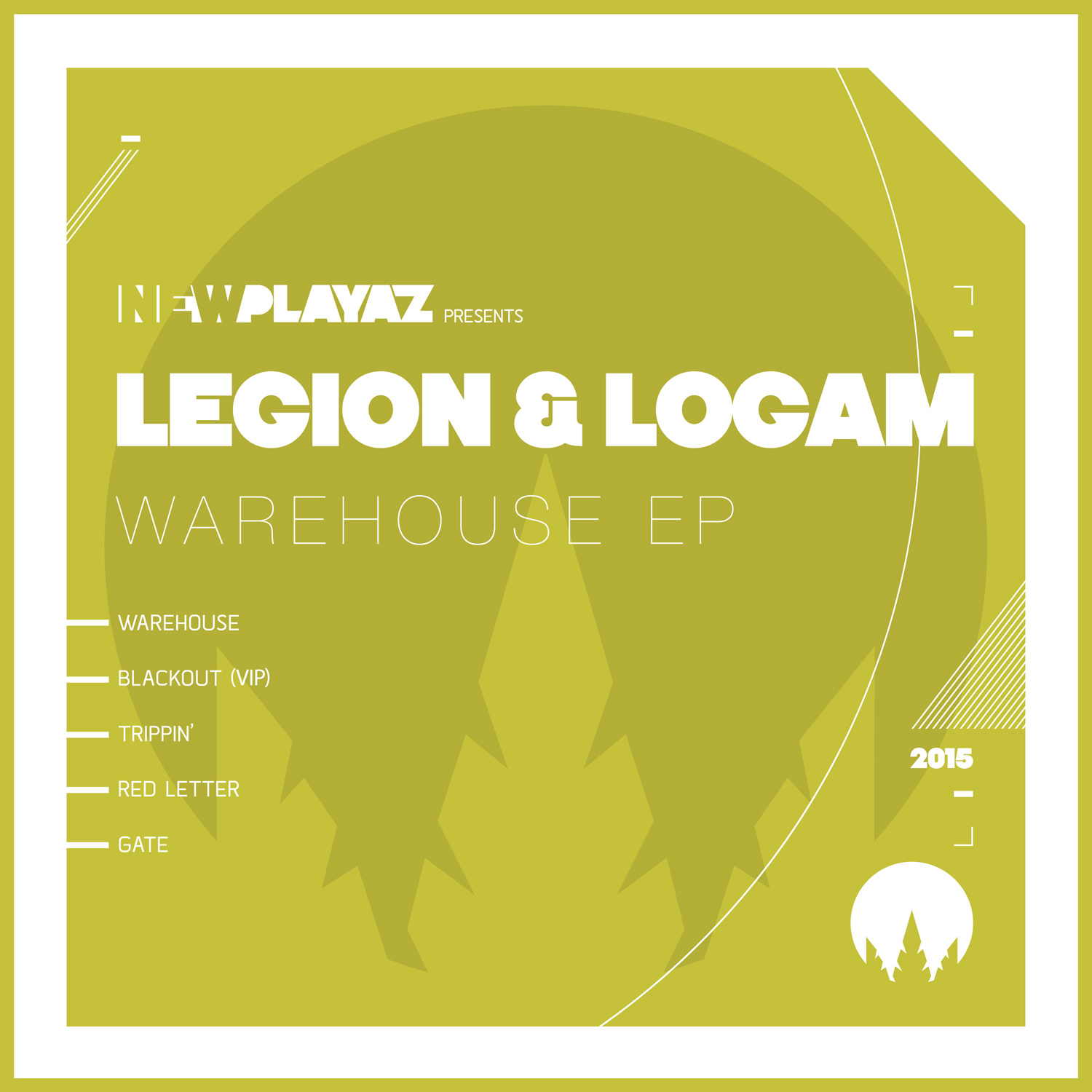 Next up on the New Playaz label is ‘The Warehouse EP’ from Atlanta based DnB duo Legion and Logam whose releases have been smashing it since they first collaborated, making them one of the South East US’s most exciting exports. This EP showcases a variety of styles; with influences ranging from Hip Hop to Techno and Progressive House, but they’ve delivered consistently solid, heavy, impressive tunes.

Title track ‘Warehouse’ is super catchy, a really timeless track that can sneak in anywhere in a set (Legion & Logam played it early in their mix for Mistajam) and Hype debuted ‘Blackout’ back in 2012 before it featured on the Flavours Vol 5 EP: there’s a lot of love out there for this sub heavy tune.

Friction featured ‘Trippin’ in his Best Bangers of 2014 mix (this one features Toronto based artist NCSeventeen also), then ‘Red Letter’ is a huge atmospheric anthem with a strong vocal and finally ‘Gate’ rounds off the EP fast and furious.